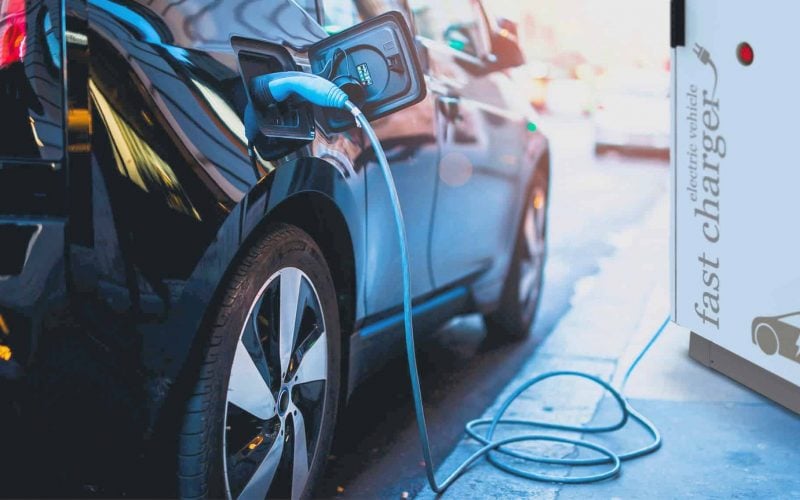 The election on May 21, 2022 saw an Australian Labor Party victory. Notwithstanding any other policy differences that you may or may not agree with, it is indisputable that for electric vehicle charging infrastructure, this ALP win is a good result. Let’s examine the promised Federal Government EV charger initiatives and subsidies.

Anthony Albanese, the new Labor Prime Minister has said that his Government will double the previous Government’s investment in EV infrastructure to $500 million and establish a new Driving the Nation Fund. The first two investments from the new Fund will be a National EV Charging Network and a national expansion of Hydrogen Highways for heavy transport.

“Along with cost – which Labor is addressing through its Electric Car Discount – ‘range anxiety’ is a major barrier to EV uptake.”

Consequently, Labor will invest $39.3 million, matched by the NRMA (National Roads and Motorists Association) to deliver 117 fast charging stations on highways right across Australia. This Federal Government EV charger initiative provides charging stations at an average interval of 150km on major roads. The stations will be interoperable with all EV models, and will use local content wherever possible.

This will mean that, for first time, people will be able to truly drive around Australia in an EV.

The Federal Government EV charger initiative will fill in the gaps in the charging network, so that it will be possible to drive from / to the following example origins and destinations:

The NSW Government has also announced it will subsidise EV chargers in what it calls “destinations”.

Fringe benefits tax is a 47% tax on cars that you get through your employer for private use.

The FBT changes will benefit businesses and encourage further fleet purchases. However, given the higher starting price of EVs, some pundits are surprised there is no discount or removal of the luxury car tax to some extent.

As well as the Federal Government EV charger initiative, it is also looking to another alternative to fossil fuels.

If you have interest in one of the Federal Government EV charger initiatives and subsidies, contact us. We are expert in the field of electric vehicle chargers and work with Government to ensure that you get the best cost possible.

As well as the Federal Government EV charger initiatives and subsidies, Labor says that it will work with the States and Territories to create a national Hydrogen Highways refuelling network. This means an investment of up to $80 million to deliver up to 16 stations on Australia’s busiest freight routes. This network first came to serious attention in March when the NSW, Queensland and Victorian state governments committed to it. The intent of Hydrogen Highways is for heavy vehicles only, rather than directly for light vehicles such as cars.

How do Hydrogen Fuel Cells Work?

When the word hydrogen comes in to the conversation, many people think of hydrogen bombs or of the notorious conflagration that the hydrogen inflated Hindenburg airship met its end in.

However, a hydrogen fuel cell vehicle has nothing in common with the mechanism that causes a hydrogen bomb to explode. A H bomb uses the the fusion of two rare hydrogen isotopes, deuterium and tritium to generate its energy. You’re not going to find that in your Toyota Mirai!

And the combustion of hydrogen that led to the demise of the Hindenburg is not the process by which a hydrogen fuel cell vehicle generates its energy. And keep in mind, the petrol that most of us put in our cars now is also highly combustible and no one even thinks twice about that.

The most common type of fuel cell for cars is the polymer electrolyte membrane (PEM) fuel cell. In this, an electrolyte membrane is sandwiched between a positive electrode (cathode) and a negative electrode (anode). The car introduces hydrogen gas from the vehicle tank to the anode, and oxygen (from the air outside) goes to the cathode. The hydrogen molecules break apart into protons and electrons due to an electrochemical reaction in the fuel cell catalyst. Protons (hydrogen ions) then travel through the membrane to the cathode.

The electrons travel through an external circuit to provide power to the electric car. They then reach the cathode side where the protons, electrons, and oxygen molecules combine to form water. So, the hydrogen doesn’t burn in the traditional sense.

Hydrogen can be a very clean fuel, especially if it is green hydrogen. This is where renewable energy provides electricity to generate hydrogen, usually by hydrolysis of water.

The use of hydrogen, along with the Federal Government EV charger initiative is putting Australia on a road to meeting its emissions targets.

If you want to know more about electric vehicle chargers or how EVC can help your business with charger installations and maintenance, contact our Sydney, Newcastle or NSW Central Coast teams today.

At this time, due to demand, we are only installing chargers on commercial premises and for multi-family properties, e.g. strata title apartment buildings.

If your home is in one of these styles of developments, then please read on. Otherwise, unfortunately we won’t be able to help you right now if your home is a single family residence.

We are fully insured. See our Certificate of Cover here.